DiDIY at fOSSa 2015, between open chairs, robots and worms 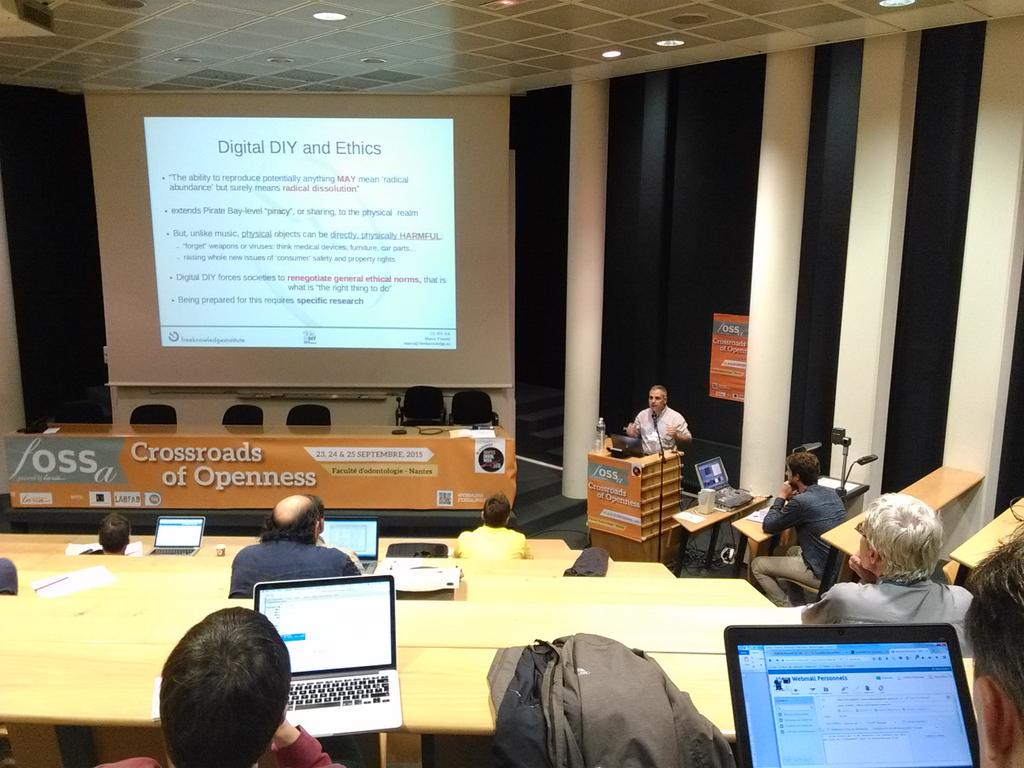 The free/Open Source Software in academia conference, which took place in Nantes last week, has been a great occasion to present DiDIY to the french community of Open Hardware/Free Software activists and to learn about some projects that would be great study material for our project, from France and elsewhere. As we announced two weeks ago, we presented both the project in general, and the topics that will be studied in our Work Package on Laws, Rights and Responsibilities (links to the slides of both talks will be uploaded shortly in a separate page). In general, the project has raised a good deal of interest among participants, so we hope to see lots of entries from France coming soon to our DiDIY Resources Database.

The program of fOSSa 2015 was all interesting, and touched a lot of arguments. Limiting ourselves to the topics and projects most directly relevant for the goals of DiDIY, we were quite impressed by OpenWorm, WEIO and SketchChair.

OpenWorm is a large "citizen science" project that is building in truly DiDIY fashion the first complete digital model of an entire living organism (the C. elegans worm, that is) and all the tools needed to perform this task.

Making Digital DIY as simple as possible (but not simpler)

WEIO and SketchChair are very different projects, with a great common characteristic: their simplicity of use. The tasks they support DO have an inherent complexity, but both products go to great lengths, each in its own field, to make Digital DIY really as simple as possible.WEIO is a board vaguely similar to Arduino ones, meaning that it too hosts a microcontroller and connectors of several types, allowing users to build smart objects that are accessible from the Internet. The great advantage of WEIO, with respect to Arduino, is that all the software needed to develop applications and program the board is inside the board itself, and usable by any modern Web browser! You don't need to install anything on your computer, unlike what happens with Arduino. That's why the WEIO slogan is: "Making connected objects becomes as simple as making websites!" 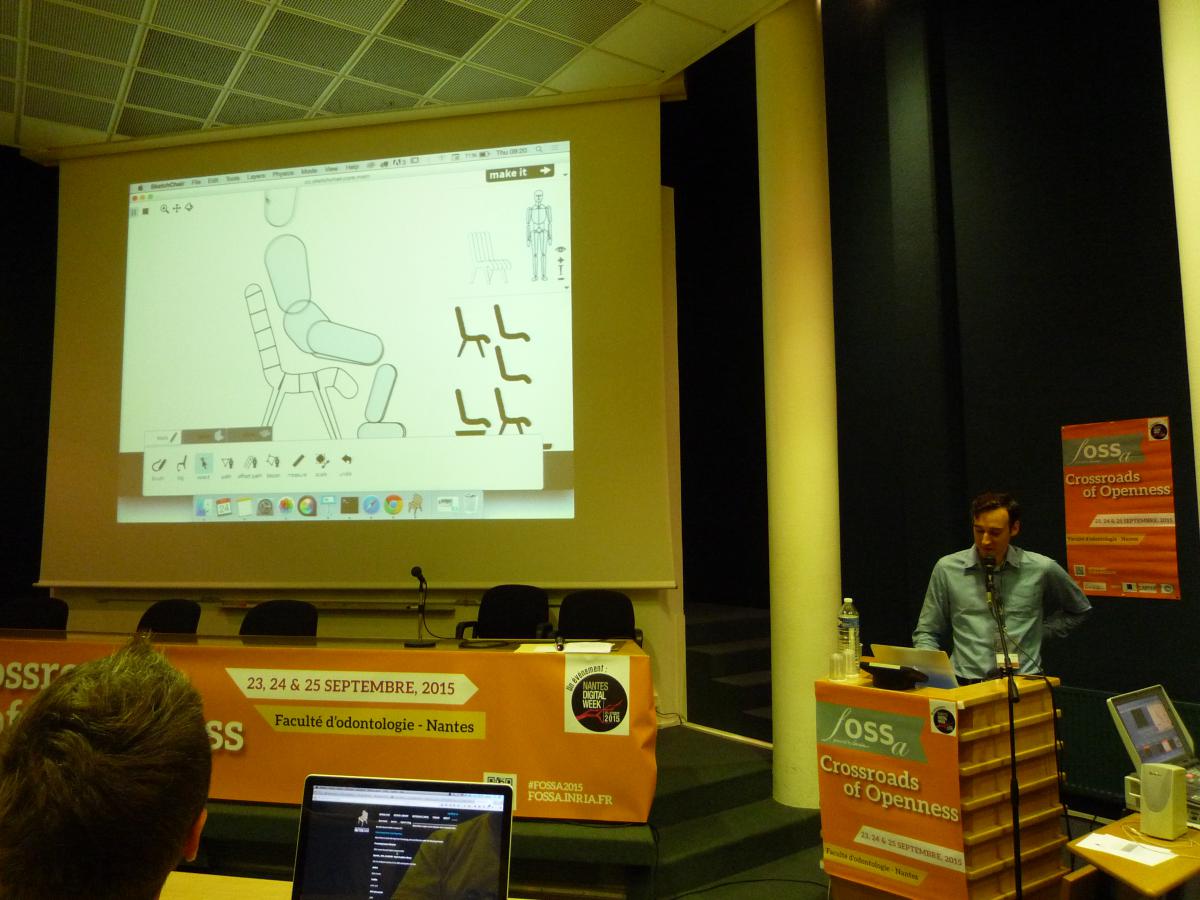 SketchChair, instead, is "a free, open-source software tool that allows anyone to easily design and build their own digitally fabricated furniture". The picture gives a poor idea of how easy this software seems to be, and even fun to use.  You drag and drop the chair model until it has the right size and shape. Animated simulation lets you see if the chair will fall backwards, because unbalanced, or be too uncomfortable to sit on. Eventually, you get the design files to build the pieces with a CNC machine, or the drawings to cut them manually.

SketchChair is still looking for a business model: during the Open Design panel, we suggested that this, and any similar project, may search its paying customers among fablabs and makerspaces from all over the world. As we saw (also) in Milan, almost all these places also rent their equipment to people who aren't makers by vocation, or simply have no room at home to keep their own machines. It is therefore in the interest of these places if as many people as possible enjoy designing chairs, or anything else, with software like SketchChair, and then go to the neares fablab/makerspace to have it manufactured (contributing fablabs may even be listed in a dedicated "Find the closest fablab" menu inside SketchChair, for example). 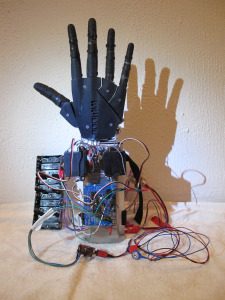 A final mention goes to a very important DiDIY project that was not present at fOSSa, but we discovered by talking with one of its developers: Bionico.org, whose aim is "to bring together a team around the world for the construction of a prosthetic upper limb at a low cost, due to standardized parts and open sources, easy to repair and therefore accessible to people with limited financial resources".