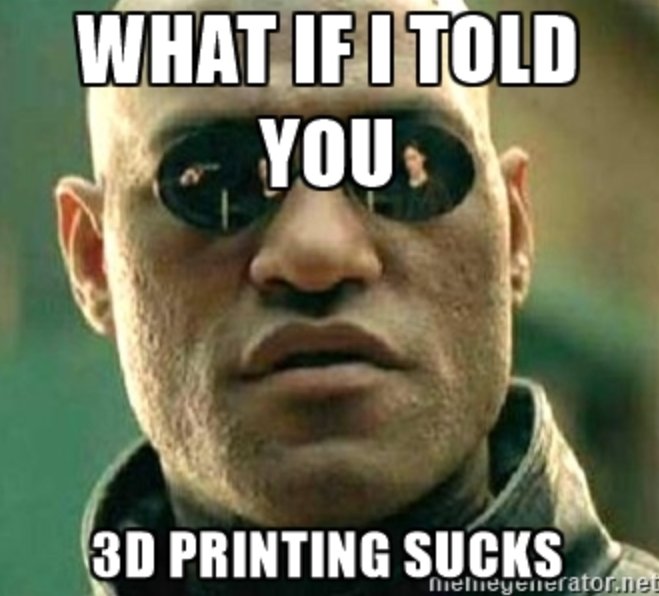 A recent article about the "slow, sad and ultimately predictable decline of 3D printing" contains some critics and remarks that are, at least in principle valid for many other forms of Digital DIY. Of course, we of the DiDIY Project were already well aware of all of them, and will take them into account in our final guidelines. Maybe the issues in that article don't mean that 3D printing is dying, as much as that the whole Digital DIY phenomenon is (finally!) passing the hype cycle and coming of age. We still don't know. Your feedback is welcome, of course!

For now, here are some quotes from the article, because they may help DiDIY newcomers to start having a better idea of the long term impacts (or lack thereof) of Digital DIY:

Ask hard questions. "If you were paying attention to what people said about 3-D printing back in 2014, you know it was always speculative."

Do the math: "I really wanted to 3D print a cup holder. I even asked a well-known Thingiverse designer for help, and was going to pay him, but he said the part was too complex. Wait, what? Too complex for a well-known designer? He even used the word "hassle" in his email back to me. The part is not something you'd use on a NASA spaceship. It does have a spring attached to two pieces of plastic that fold together. What about a water bottle cage for my bike? Shouldn't be a big problem. There are plenty of designs. But when I actually printed one of them, it broke on my first ride. Also, a much more important piece of data: A water bottle cage costs about $4 at Amazon.com but even a relatively short spool of filament costs $65. The math doesn't compute. And, it doesn't make sense to spend the time...

3-D printing used the "razor and razor blade" approach to building an industry... It's fun for a while, but eventually you realize you need to do something practical after paying almost $1,000 for the product."