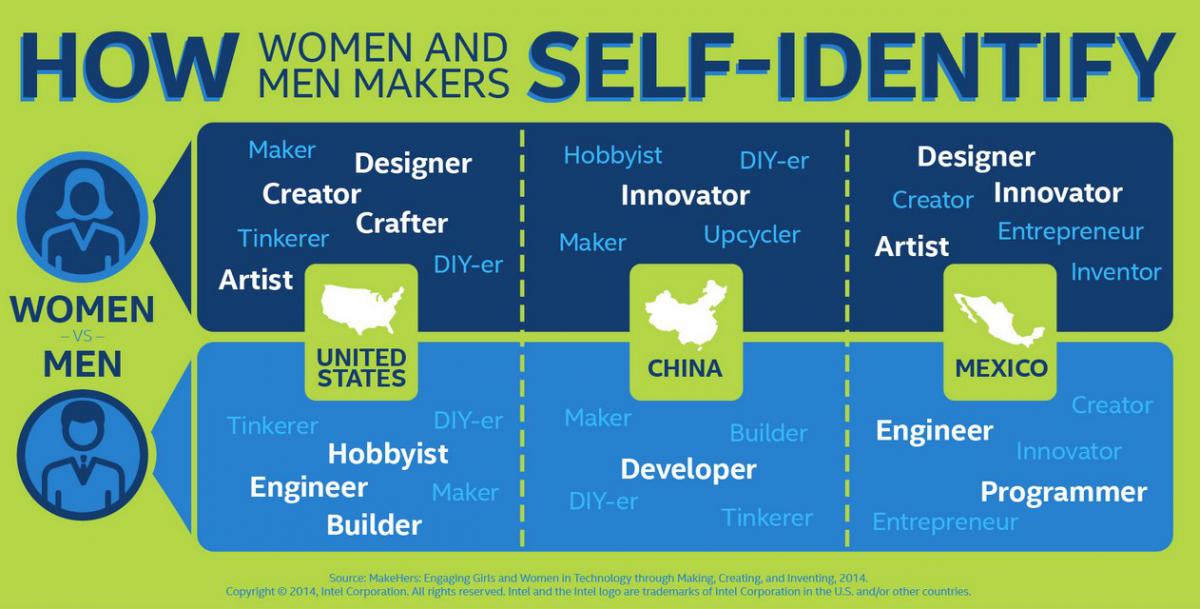 "I am not a maker. In a value system that is about creating artifacts, specifically ones you can sell, I am a less valuable human."

This is just one of the many valuable hints for our research on real meaning and value of DiDIY on one side, and on gender "barriers" that obstacle its diffusion on the other, that are contained in the article titled "Why I Am Not a Maker". To explain why we think so, here are some other quotes from the same article:

Image source and credit: snapshot of infographic from Intel report, described in this article that contains other useful inputs on gender issues in Digital DIY