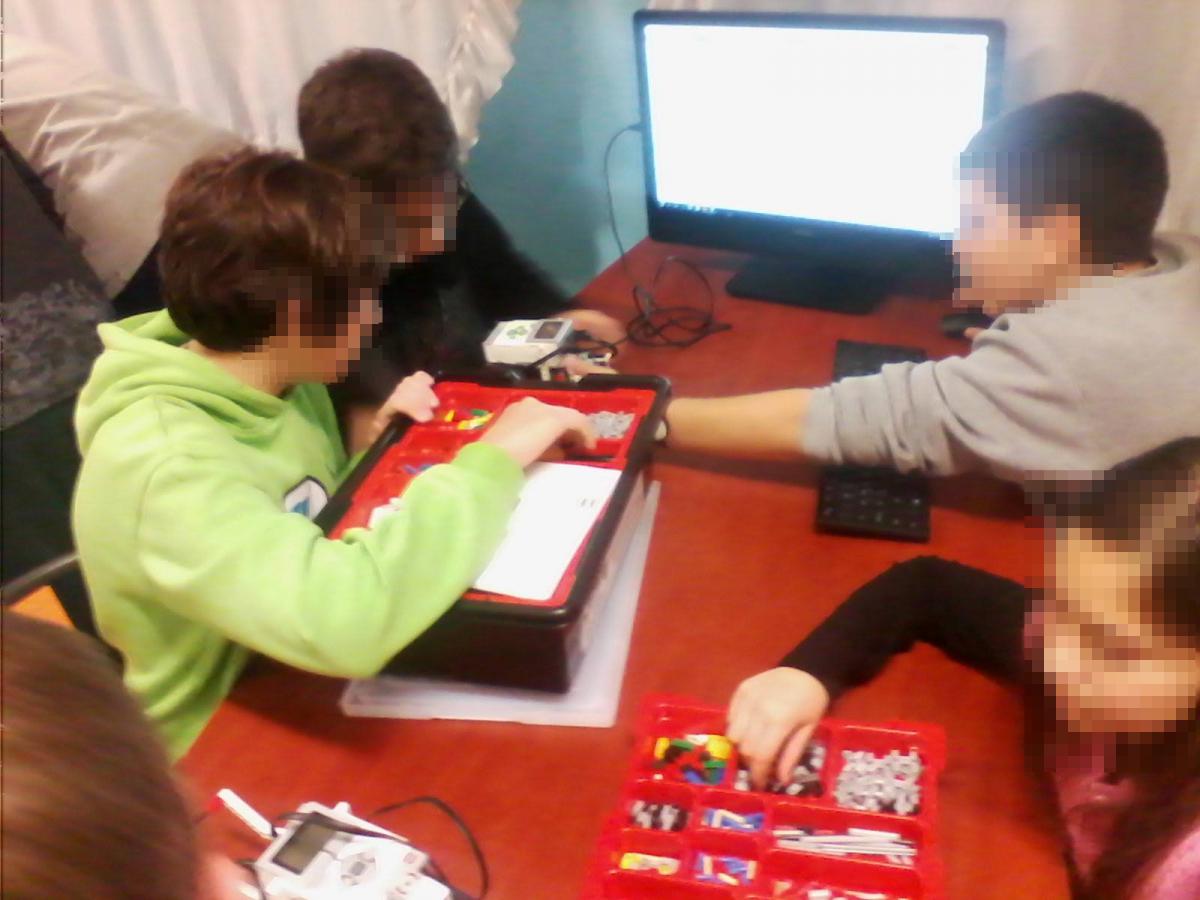 As you may already know, on February 3rd, 2016 we had several fruitful meetings in Thessaloniki. In one of those meeting we spoke, among other things, of robotics in education. Today, we are happy to host this guest post by Alexander Astaras of ACT, who together with Dr. Andromachi Nanou of INCLUDE, is the coordinator of one of the activities we discovered while meeting the "Makers Society". The post provides many more details of general interest about that project, as well as precious inspiration for our future research on DiDIY and Education.

The "Makers Society" club is hosted by DiDIY partner American College of Thessaloniki (ACT), but is open to students and faculty from universities and colleges all around the Thessaloniki area, as well as entrepreneurs and private individuals from the Thessaloniki area. Some technologically advanced high school students also actively participate: members are generally older than 15 years of age, while some younger members follow the club's activities online.

During the meeting we discussed the issue of letting Makers/Fablab education connect with Experiential Learning techniques across age groups. This is natural for human beings, we evolved to learn by watching and then doing, not just hearing or reading. Fab-labs can help us put this fundamental training element back into our education system. Currently we segregate students by age too much and restrict them to auditoriums and libraries disproportionately long.

Role of DiDIY Robotics in education

At the Makers Society, we have found that robotics is hugely beneficial in education in a variety of ways. To begin with, it helps beginners (of all ages!) be introduced to programming and algorithmic thinking in a natural way: the difference between someone who understands programming and someone who actually codes is substantial and can sometimes even be life-changing. Then there is the simultaneous training in electronics, mechanics and informatics in harmony, which can be far more empowering then commanding bytes in memory and pixels on a computer screen.

Other benefits of robotics in education that we have found are:

A great partnership with INCLUDE

The idea of using robotics as a catalyst that unites children with all levels and sets of skills came from a local charity for children at risk of social exclusion called INCLUDE, which was already using, for the same purposes, activities like Theater and Judo. Together with INCLUDE, the Makers Society has developed a mutually beneficial cycle of transferable skills at the American College of Thessaloniki and the Anatolia High School:

Eventually, the students join INCLUDE as volunteers and help use robotics to attract regular children (7-14 years, generally) to mixed groups that also include children with special education needs; these groups then gain cohesion by participating in local robotics competitions. The volunteer work feeds back to their International Baccalaureate study programme (mandatory credits on volunteerism) as well as enriching their CVs.