In April I wrote a blog post on ‘making meaningful connections’, which seemed to summarise and boil down some of the central ideas that have emerged from my research about creativity and making today. The points made there have turned out to be applicable in a number of spheres – for instance, only last week I used that frame for considering the future of universities.

Here, without wanting to get repetitive, I thought I could see what happens when I apply those points to our Digital DIY project.

So, the absolute central bit was that I cited my extreme-boiled-down list of the most valuable things that creative tools and technologies can support:

And we put that together with this insight from Kevin Kelly:

“The internet is this huge copying machine – that’s what it does. How do you create things of value, if anything can be copied indiscriminately? I think the answer is that the things that become valuable are the things that cannot be copied.”

When I’ve talked about this before, it typically leads into discussion of the kinds of unique experience which cannot be simply downloaded from the internet. That doesn’t mean it’s about purely offline experiences, though, as you can have unique experiences and vibrant live conversations, and sense of community, online, of course. And you can gain inspiration from others, and organise things to happen. In other words, Digital DIY.

On the other hand, Kelly’s point seems to pose a challenge to the enthusiasts for 3D printing and similar technologies, since they are (in part) about making things that can be freely and precisely copied. At least some of the excitement seems to be about the open sharing of free-to-download files so you can reproduce things. The quote from Kelly suggests – rightly – that there’s not much to get excited about in downloading a readymade thing.

However:  the stimulating time spent designing and making that object – or adapting something originally designed by someone else – is still a unique experience that cannot be copied, even if the object can be. So the important thing is not the object.

That’s why I’m wary of a focus on products and their fabrication. That’s not really the point, or it’s not where the real value lies.

But once you’ve got your head around that, then DiDIY is rich with the possibilities of conversations, inspirations, and making things happen.

I was reminded of when, in June this year, a group of us from the University of Westminster bonded with our group of counterparts at Umeå University in Sweden, by making an Arduino-powered box with lights and sounds.

Here are some of the tweets: 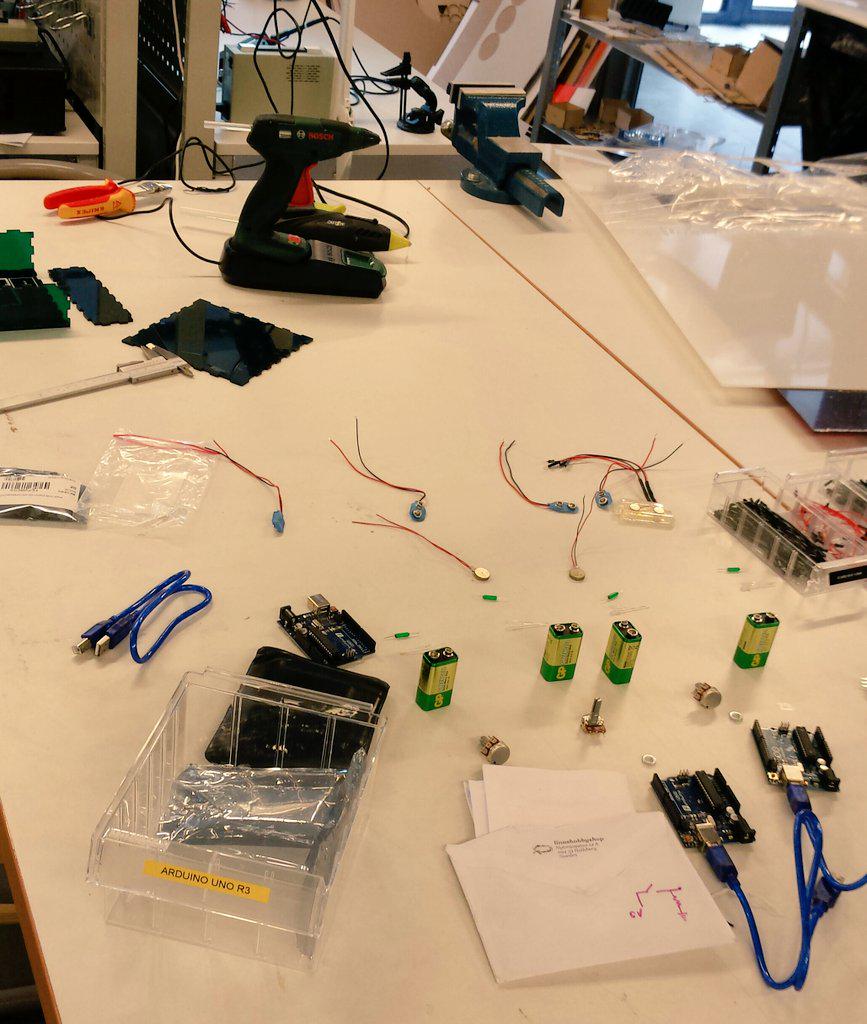 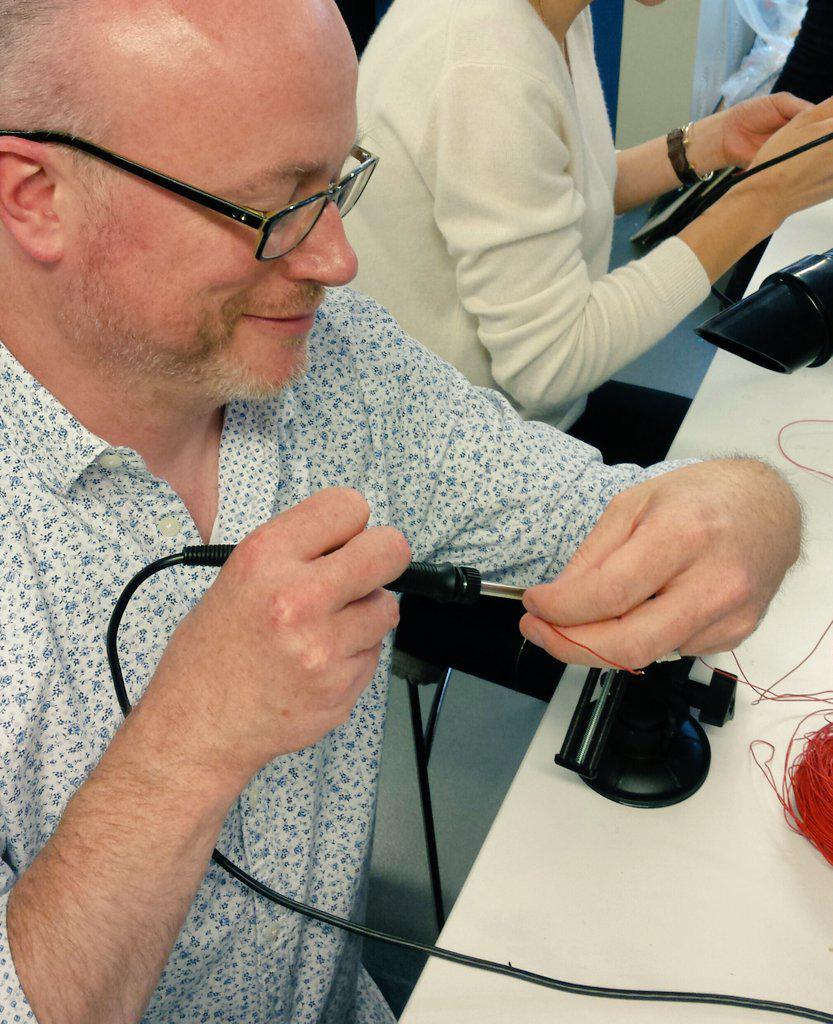 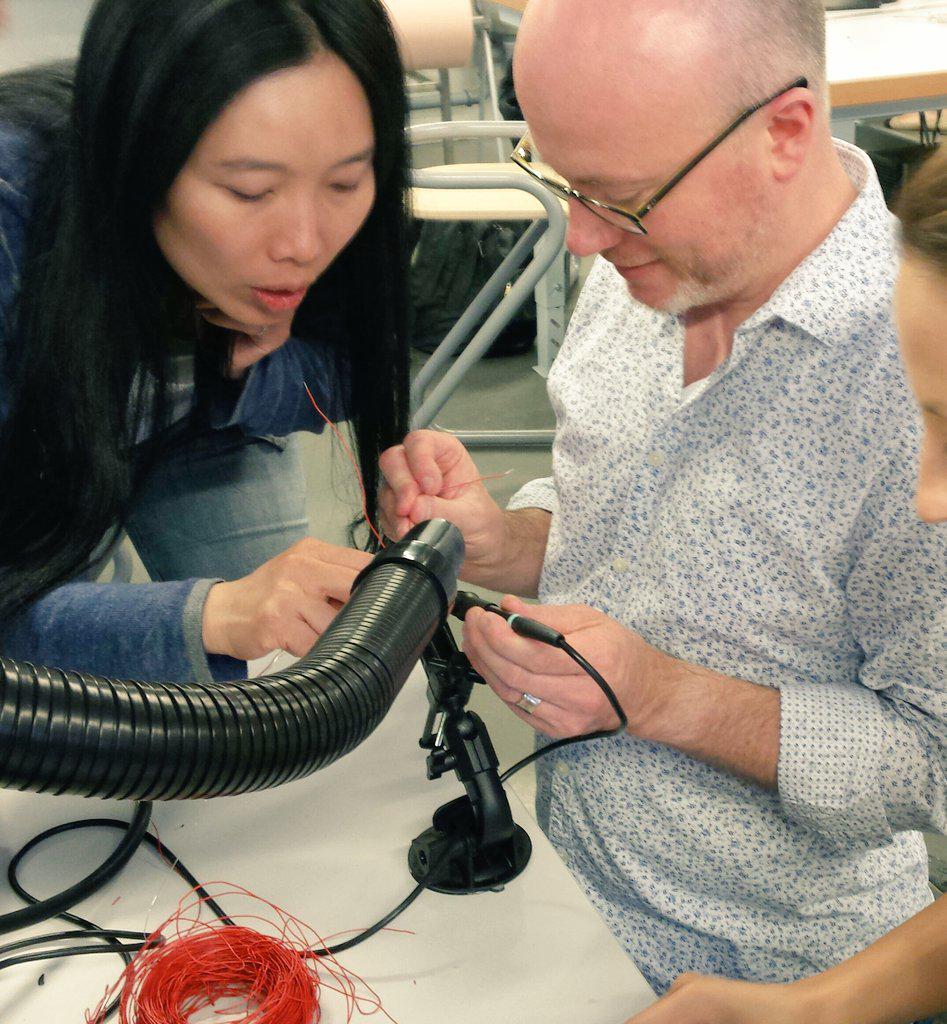 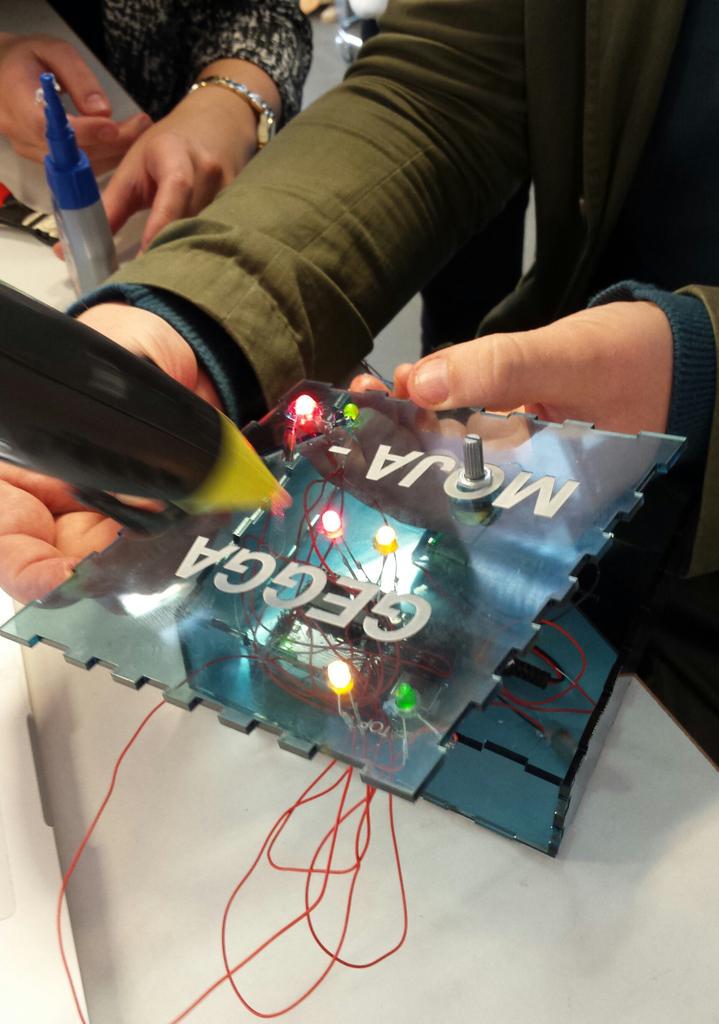 We made this! This is my new bestest favourite video ever. And it only lasts 6 seconds. #advsms https://t.co/8BBpqXy5Jr

It has to be admitted that the joy of this collaborative creative task would actually, presumably, have been similar if we had to build a boat out of wood, or anything else non-electronic.

I fear that in all my blog posts for the Digital DIY project I end up highlighting how the DIY part is much more crucial than the Digital dimension – or, at least, that the interesting phenomena are not dependent on specific technologies. The most powerful technology within Digital DIY remains the 50-year-old internet, for its persistently wonderful ability to connect people up.

This is all fine. We are humans, and most interested in the human things.