The spirit of 'Do It Yourself' 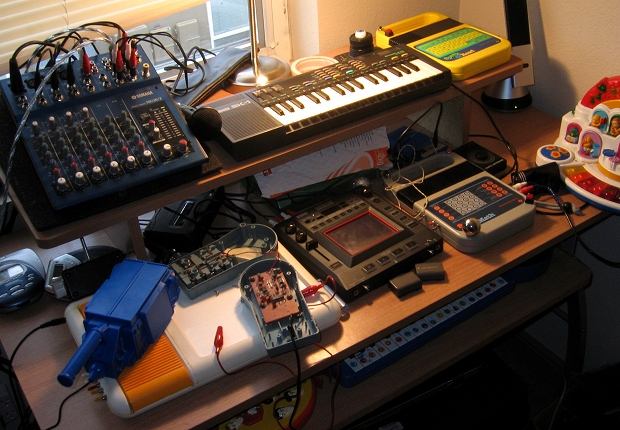 Our project on ‘Digital DIY’ raises interesting questions around the notion of ‘Do It Yourself’ (‘DIY’).

Sometimes ‘Digital DIY’ means you’re getting machines to make things that humans previously might have made by hand – so it’s ‘Digital DIY’ because you’ve added digital-machine efficiencies to your DIY making. Or you’re getting small-scale machines to make things that were previously made in factories – which is ‘DIY’ because you don’t need the big-scale factory any more.

At other times, ‘Digital DIY’ is about individuals making and selling things to people directly, using digital technologies at home, combined with the internet. This is ‘DIY’ because previously it was big companies that did this – typically by exploiting the creative individuals – and now the creative individuals can just do it themselves. Because ‘Digital DIY’ adds quite complex technologies into the notion of DIY, it might become difficult if you thought that ‘DIY’ was about a very authentic and direct engagement between people and things. As I said, it does, at least, raise interesting questions.

If we begin by considering DIY, in its regular, ‘traditional’ form, what does it represent?

For me – and I have no special authority on this, of course, but I do speak as someone who once wrote a book with ‘DIY’ in the title – it means doing or making something yourself, because you want to. It’s an independent kind of act – you avoid having to ask or to pay someone else to do it – and you probably feel good, at some point, about that fact.

DIY tends to a countercultural kind of ethos, then – rejecting mass-produced consumer goods in favour of something more human, more authentic. The spirit of DIY also tends to involve a tinkering and experimenting ethos, a flexible approach to finding solutions, and a ‘hands-on’ kind of approach.

This is not, of course, a dictionary definition, but rather an impressionistic sense of what DIY is typically about.

So when we get to ‘Digital DIY’, as we’ve already seen, it doesn’t just mean all the same kind of thing, but done online.

Our particular ‘Digital DIY’ project specified at the start that it was especially concerned with ‘the convergence of physical and informational components’ – the coming-together of ‘atoms’ (actual physical stuff) and ‘bits’ (data and online things).

In the loose sense, we can take this to mean the ways in which physical making are boosted and supported by what people can do with digital technologies – which might simply mean the ways in which they can share ideas and inspirations, and have conversations, with like-minded enthusiasts over the internet. In the tighter sense – with the most direct convergence of atoms and bits – we might require a digital-technology machine to be connected to the internet, and it’s the machine that does the making. (I wrote about these different understandings of the issue in previous posts here and here).

So what does this mean for ‘DIY’?

One dimension is that it potentially disrupts the association with handmade, crafted items, because the plastic objects that come out of 3D printers don’t look at all like our romantic idea of authentic handcrafted items – not least of all because they are often luminous orange or lime green, and rather ‘perfect’ in terms of their finished appearance. Of course, the computer-work of designing these objects can be a kind of handmade craft in itself – the thinking and moving and clicking – but it is always going to be one step removed from hands-on engagement with the physical material.

Similarly, Arduino programmable electronics boards (which can receive inputs from a range of sensors and control a range of outputs like motors, lights, or anything else) are often seen as typical of 'Digital DIY', but the most hands-on 'DIY' kind of bit where people enjoy a spirit of makerey engagement is often in the soldering – melting bits of metal onto other bits of metal – which is not really very 'digital' at all.

There’s also the question of who DIY is done for. This was the subject of a disagreement in our team, because someone felt that a person making and selling objects couldn’t be practicing DIY, because the person is not making the objects for themselves, to use or keep. But, it was pointed out, Do It Yourself doesn’t necessarily mean Do It *for* Yourself.

Furthermore, even if we only focus on the economic (selling) bit, this person *is* actually doing something *for* themselves – making money by selling objects. So ‘Do It Yourself’ certainly doesn’t only mean ‘Make a thing for your own personal use’.

When we talk about DIY and Digital DIY, we do seem to retain the element of making – which is part of the spirit of DIY, although not the letter of it (since you could say you are ‘doing it yourself’ when you are driving a car, or shopping, but we don’t normally stretch it that far) – but if you make a thing and then give it to someone, or sell it, and even if you sell it on a large scale but you’re in control of this process (which is especially easy with digital goods like music and software), I’d definitely say that’s still DIY.

As always, this conversation will go on!