The Things Network: a Digital DIY, commons based IoT datanetwork 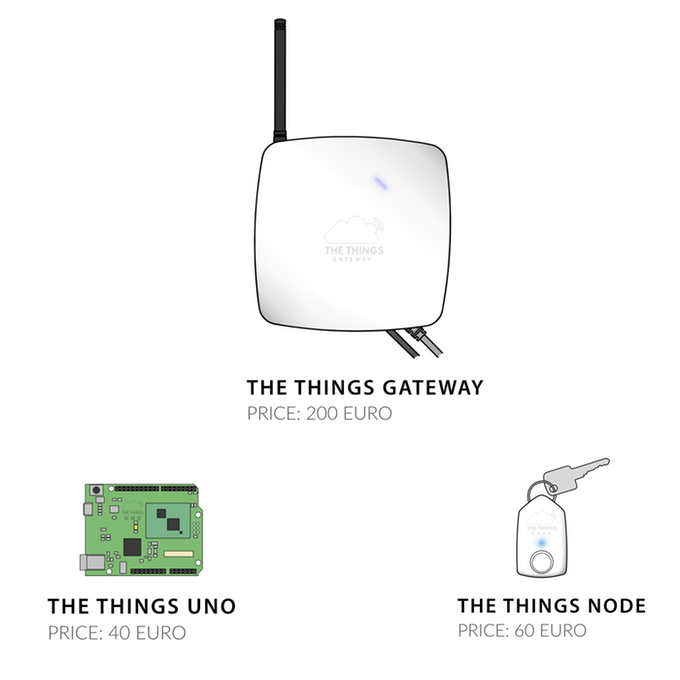 The Things Network is an initiative to build a distributed wireless data network for connecting "things" to the net, fully owned and controlled by its users. The Internet of Things (IoT) typically consists of electronic devices with sensors and actuators that transmit small bits of data to the net. The Things Network (TTN) uses a free spectrum radio technology called LoRaWAN, that is Long Range, using low bandwidth and low power. Their newly designed gateways by the TTN are low cost at 200 €, while Arduino UNO nodes go for 40 €.

Apart from the choice of the technology, the TTN is very interesting as it combines four forms of commons into one project: 1) the specification is conceived as an open standard; 2) the software is Free Software; 3) the hardware designs are being published as Open Source Hardware in their Kickstarter campaign (launched at 21st October 2015) and 4) the physical hardware antennas form an open, netneutral, community owned and operated network. Let us briefly touch each of these four commons aspects.

First, the LoRaWAN technology has been developed over the last couple of years and its standards are maintained by the LoRa Alliance, which has a growing number of members. The specification of LoRaWAN can be found on the Alliance website and has been drafted by SemTech and IBM personnel. The specification is governed by the IPR Policy of the Alliance, which grants a reciprocal royalty-free license over all essential patents and copyrights that the Alliance members may hold. That is a crucial part to make this specification an Open Standard. The TTN will join the Alliance as part of its Kickstarter campaign promises. This allows them to produce the hardware based on these standards and with the SemTech chips.

Second, the software is published as Free Software in their github repositories. The project bases on source code made available under a modified BSD license by Cycleo and SemTech who started the development. The TTN community works on the further development through github, their wiki and forums. 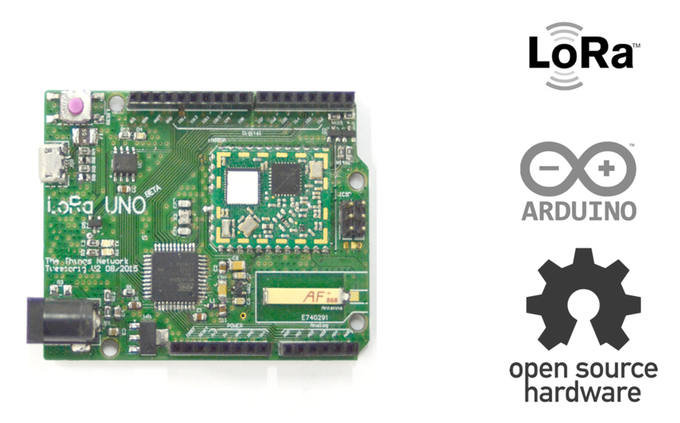 Third is the hardware design. The initiators of TTN, Wienke Giezeman and Johan Stokking, managed to find a crowd in Amsterdam willing to cover the city with the LoRaWAN gateways that were available in the market: Kerlink gateways cost ca. 1500 € and Multitech gateways go for around 700 €. While they managed to do so in just six weeks, it was clear to them that for a massive uptake of this technology a open source hardware design would be much more attractive. For bringing the price down and for allowing tinkerers to come up with new solutions and improvements. They partnered with the research and development agency Tweetonig based in Rotterdam to develop a gateway and nodes for the LoRaWAN network and will publish this as Open Source Hardware. End October they launch a kickster to fund and get the physical products to the people interested to form 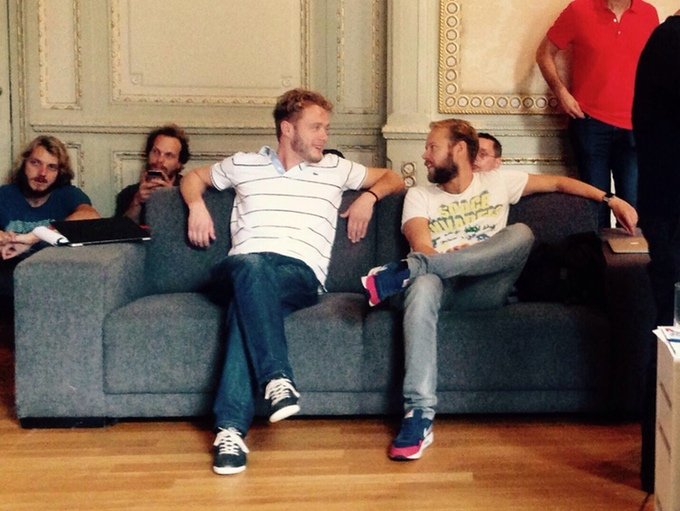 Fourth is the network itself. The Things Network starts with a manifesto that explains the vision.

Everything that caries power will be connected to Internet eventually. Controlling the network that makes this possible means controlling the world. We believe that this power should not be restricted to a few people, companies or nations. Instead this should be distributed over as many people as possible without the possibility to be taken away by anyone. We therefore founded "The Things Network". 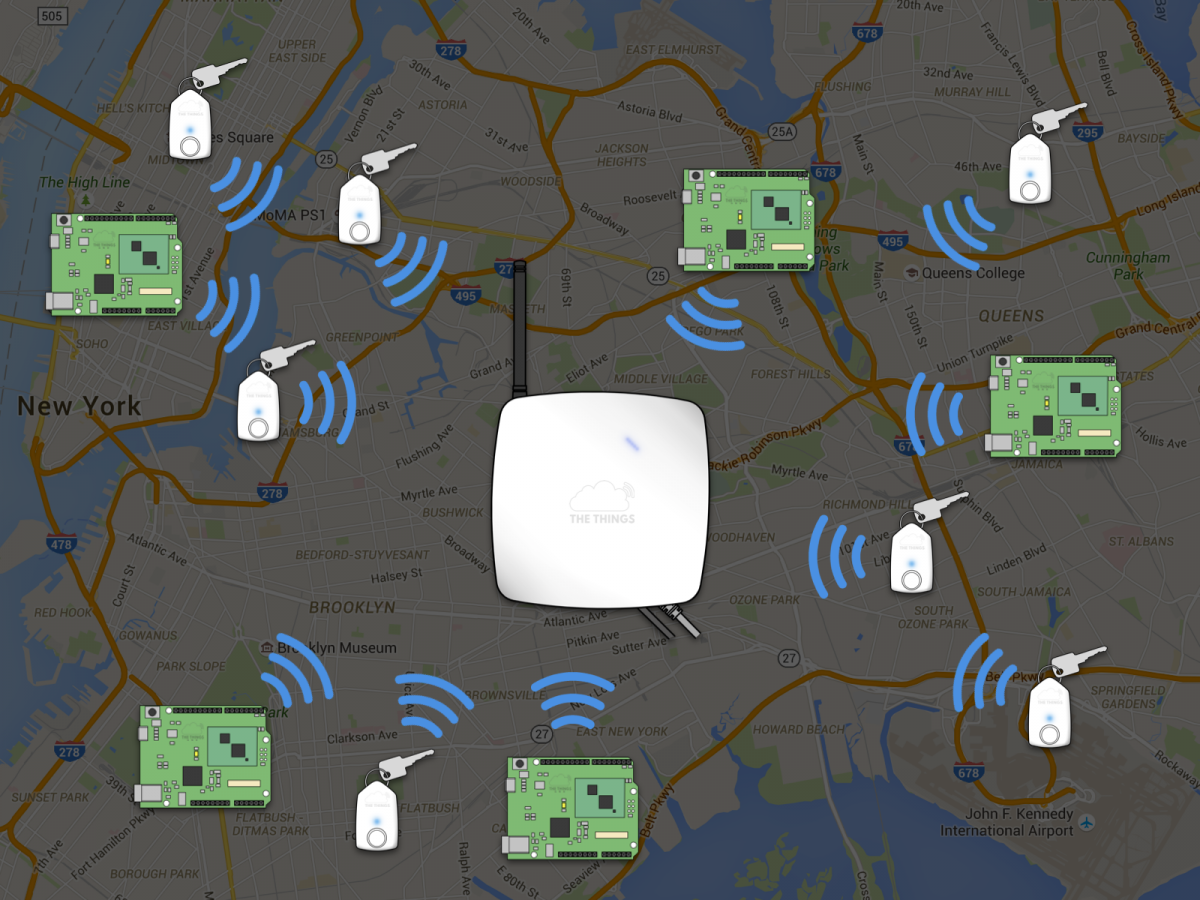 Summarising, this is a network that is built by its users on the levels of its specification, software, hardware design and physical hardware. It comes in a moment that low bandwidth data networks aren't yet deployed widely and we have an opportunity to collectively build a network that can be used without subscriptions and without corporate control. It is an example of the power of Digital DIY and of people organising under commons-governance arrangements.

Areas that may be interesting to explore in the context of DiDIY: