What makes the 3D printing industry particularly interesting for women? 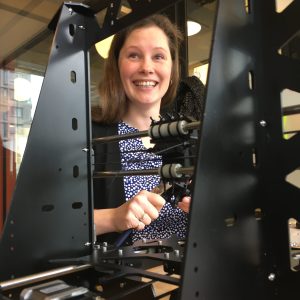 How big gender barriers are in Digital DIY? Let's discuss that at our Final Conference! In the meantime, here are the most interesting (for us of DiDIY, anyway) excerpts of a September 2016 interview to Lyndsey Lewis of Reflow, on the same topic:

Q:What makes the 3D printing industry particularly interesting for you as a a woman?

Lyndsey Lewis: Think about the impact that microcredit has had on women in developing regions. Although there is some ambiguity in the evidence, generally when small-scale enterprises started by women succeed, the female entrepreneurs and their families are better off than before they borrowed. I think 3D printing has the potential to have a similar impact on women in developing regions, and I hope that Reflow can have a small hand in that.

Q:In your opinion, how could we encourage more women to become involved with 3D Printing?
Lyndsey Lewis: I think the biggest thing that we can do to encourage more women to become involved with 3D printing, and engineering in general, is to expose girls to it at a young age and to encourage their curiosity. I have seen a lot of great initiatives that teach kids about 3D printing, and I think it's important to make sure that girls are encouraged to join in as much as the boys. I also think we (women) need to talk to the women and girls in our lives about the cool stuff we're doing in our careers. And don’t forget to join the Women in 3D Printing group on LinkedIn and Facebook.