What next in 3D technology: from formal design towards descriptive representation

For example, in the 90s midi files were used as a way of transmitting music between users on the internet, but the step-change came when the capacity of the internet and computing power were able to cope with a detailed representation of the sound itself - mp3 files. An mp3 file is not formal in the sense that it tells you how to produce the sound, just describes the sound.

Formal representations are for humans to design the detail of the final product. Thus in a midi file one specifies the notes and their duration along with the instrument that is supposed to play them, the product (the sound) is then generated on demand. In contrast, a complex sound can be captured by an mp3 file but it is almost impossible to reverse engineer the sound and discover its original components. An mp3 file is impossible to manipulate without sophisticated tools (and then often in a simple cut&paste mode taking sections and mixing them together).

A similar shift is now starting to occur with 3D printing and representations. At the moment the biggest use of 3D printers is making product from formal, human-produced design (e.g. printing bespoke components as Airbus did http://www.bbc.co.uk/news/technology-32597809). Now with the advent of 3D scanners that allow for digital representations to be produced from produce, descriptive representations are possible. For example one can scan a whole person and create a 3D representation of them, which can be transmitted electronically, and then be printed out as a small statue (http://www.bbc.co.uk/news/science-environment-32387587). 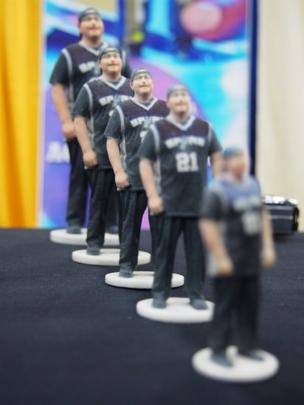 Tools to support the manipulation of descriptive 3D representations (e.g. combining the top half of one person with the bottom half of another) are yet to be developed. It will be interesting to see what combinations of human design and descriptively represented components will be developed, e.g. by scanning the body and then using deign tools to modify this to make a perfectly fitting replacement body part (http://www.bbc.co.uk/news/technology-32780674).