Biomedical engineer graduated at Polytechnic of Milan, with a master specialization in Electronic Technologies.

She worked on a project in collaboration with NASA (National Aeronautics and Space Administration) developing a model for the biomechanical analysis of countermeasure exercise on board the International Space Station, in order to prevent the muscle deconditioning in microgravity environment. 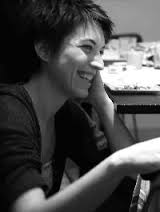 Chiara holds a BA in Foreign Languages (English and Russian, State University of Verona) and a MA in Liguistics (University of Siena, 2006, with honour). Her research interests focused on language acquisition (L2) and grammar theory (Italian Sign Language). In 2013 she got a Specialization Diploma in Specialistic Terminology (Università Cattolica, Milan).