Digitally Do With Others... your own Food Spheres! (This is a guest post by Nicoletta Perenze, a Chemistry teacher at the technical high school I.T.T.S. A.Volta in Perugia, Italy. We like it because, besides being a practical (and tasty!) application of DiDIY by young people, it also is a good example of "Do it With Others", that is of several teams, with different skills, cooperating by means of DiDIY to achieve a common goal)

Two years ago I started dealing with molecular cooking. It seemed to have interdisciplinary connections for scientific subjects which could engage students of different age groups and help to teach complex and not always liked topics.

Spherification is a process that involves a ionic exchange reaction with consequent precipitation of a substance that encapsulates a certain quantity of liquid.

In previous experiences I observed that the approach was fun and simple and students enjoyed an activity which is somehow linked to everyday practice but with a procedure so particular and uncommon. The repetitive manual operations allowed to examine the topic in depth and brought to light some problems such as the slowness of the process and the irregular shape of the spheres that were formed.

Last September these problems were presented to some students of the Mechanics course who were spending their three-week internship period in our school. They were given the task to solve the difficulties found in the production of the food spheres. This started a collaboration between the different courses of Chemistry, Mechanics and Graphics present at school. The result is the Ball Matic, shown below, which can be used to produce the regular food spheres shown in the opening picture, from several types of raw ingredients. Custom spheres made with the Ball Matic can be used for both human and animal nutrition. 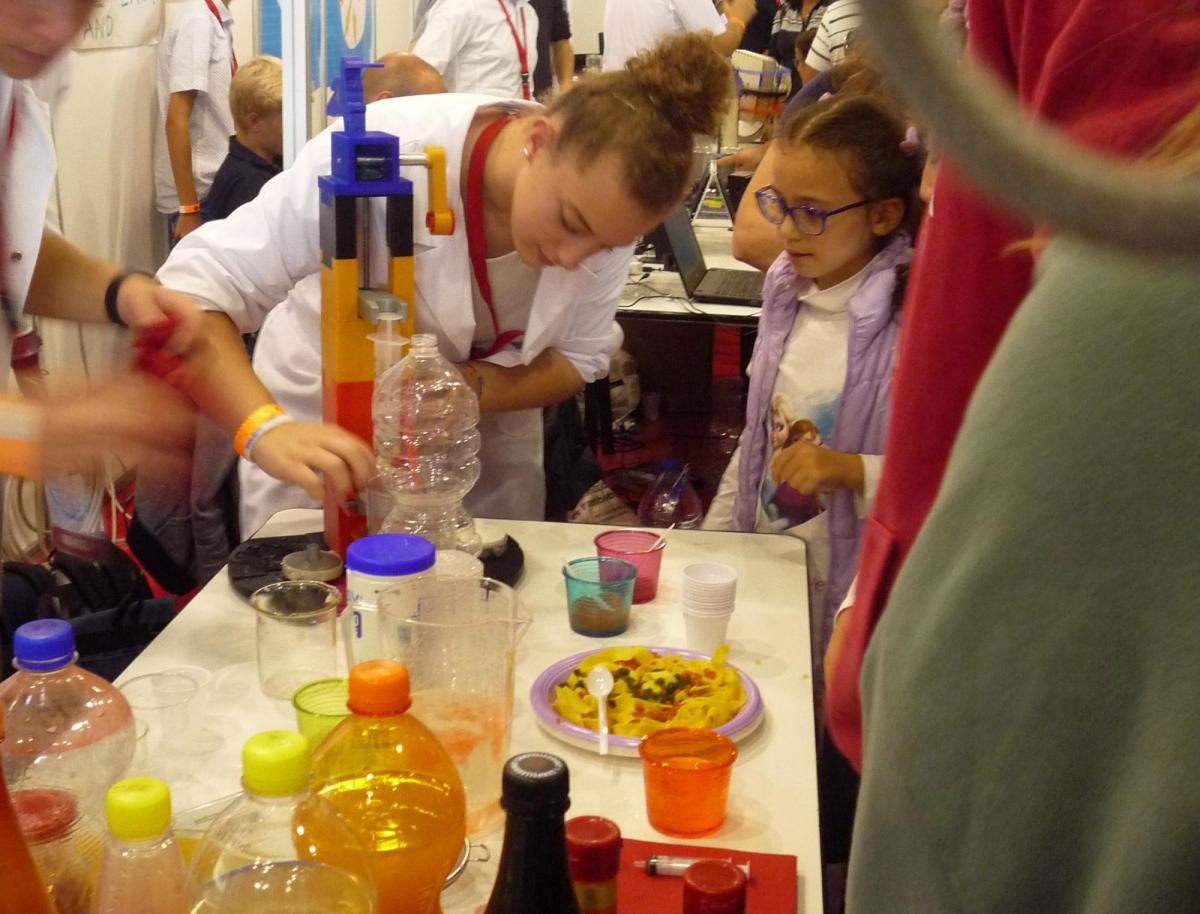 All the students collaborated to the creation and realization of Ball-Matic, helping each other and arriving at the 3-D printing of a functioning prototype:

At the end of this phase, if compared to the beginning of the project, I had a great team of collaborative and proactive colleagues and motivated and competent students. We took part to Maker Faire 2016 in Rome, where the public showed great interest for our work: 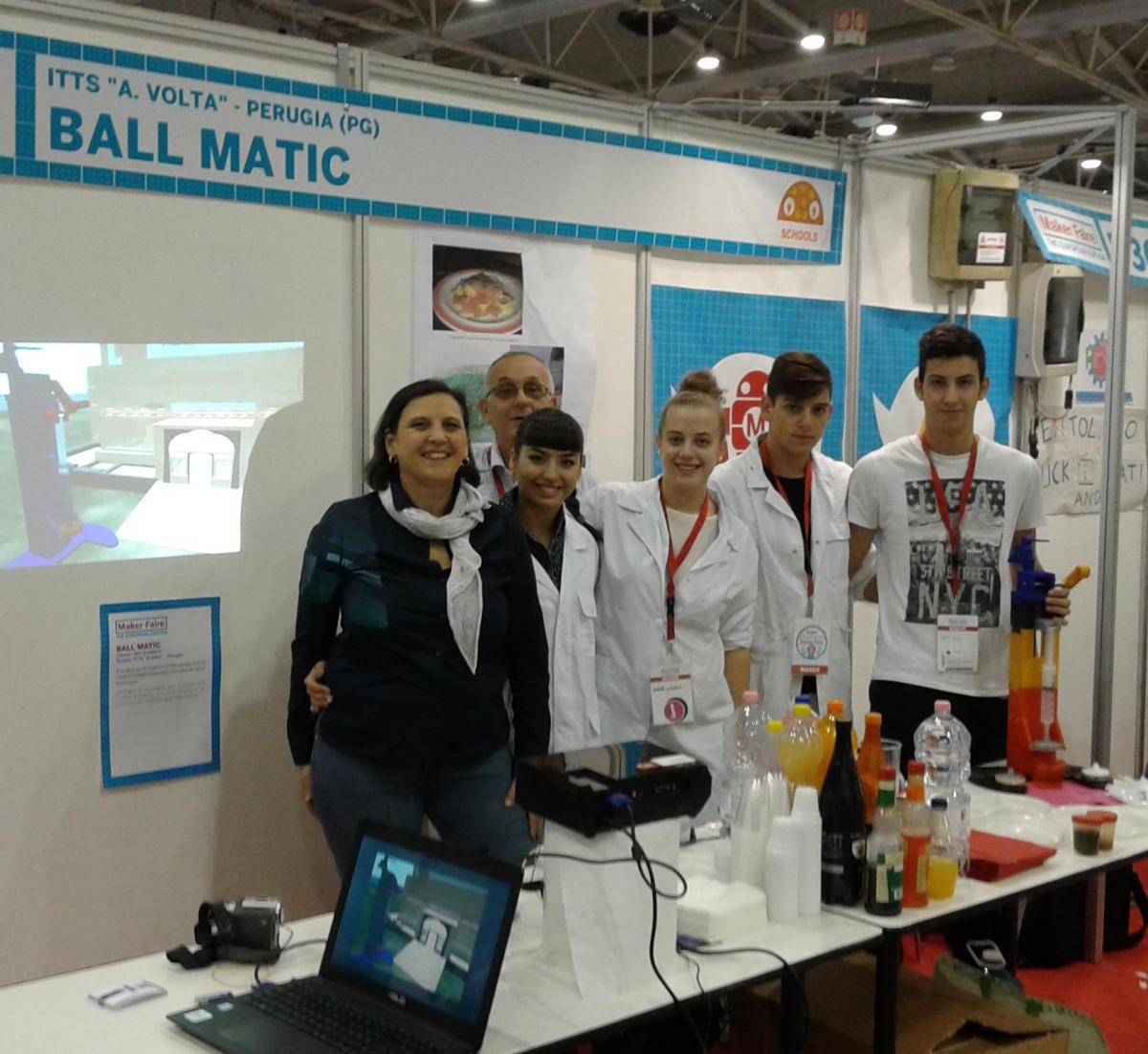 The blend created by the union of different skills and competences and the fruitful collaboration was at the basis of the project success and realization: students have reached a remarkable level of autonomy in work management and, as shown also in the picture below, in Ball Matic demonstrations outside school. 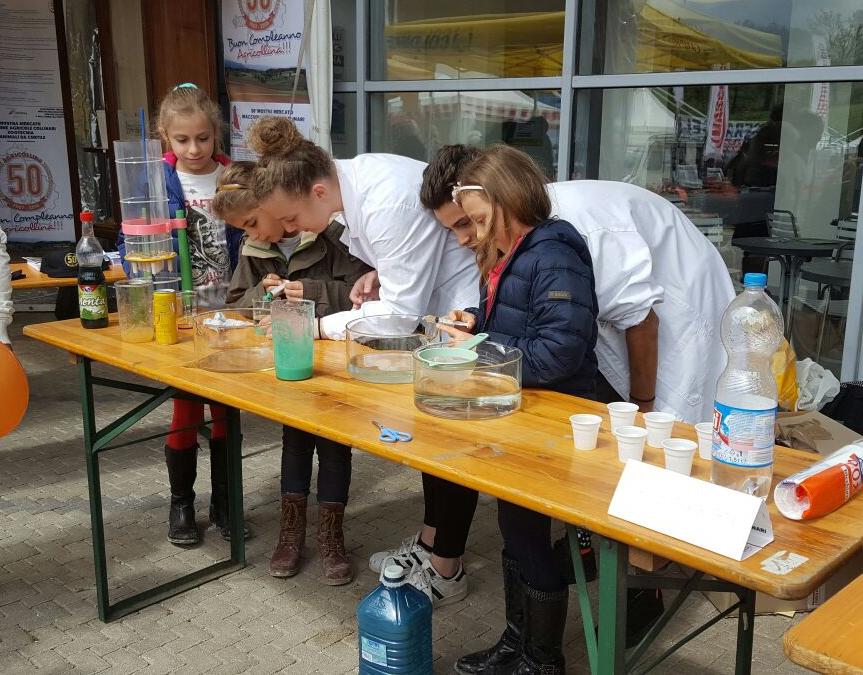 After the Maker Fair exhibition, the project is going on with interesting and promising developments.