Some preliminary findings on how DiDIY is used in the field of education as resulted in field research at the Italian Finals of RoboCup Jr. 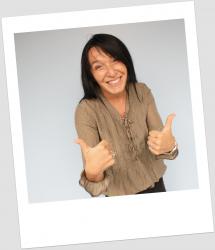 She holds a Ph.D. in Industrial Design. She is an Associate Professor at the School of Design and Design Dept at Politecnico di Milano, where she is also in charge of scientific co-ordination within and between the IDEActivity Center and the BioDesign Laboratory.

Josh Caldwell explains how he intends DiDIY as educational instrument for his pupils. You can find the full article at http://www.edstuckinthecloud.com/tag/arduino/