1 million DiDIY "micro:bit" boards to be given to all 11-12 years olds in the UK 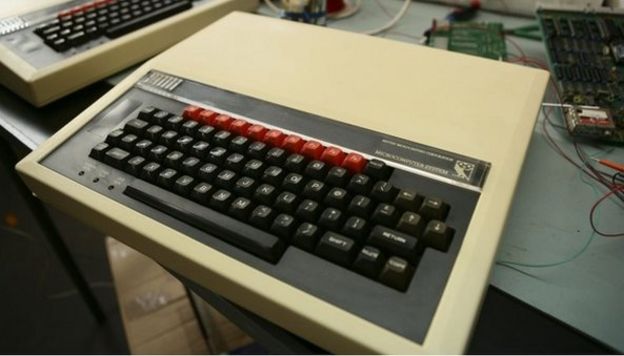 This "micro" :-) computer was put into all schools with government funding and helped spark a DIY programming wave in the UK. The next year I went and helped at a "computer camp" run by Inter-Action (an educational charity) for kids in the middle of London, to spend a week learning to program and have fun. After university I worked for Inter-Action for almost 5 years during the 1980s researching ways of getting kids to do their own thing with computers (making their own newspaper, building robots with lego controlled via logo etc.), trying these out in inner-city youth clubs, and then training youth workers and leaders to do the same accross the UK. (Incidently the company that designed and made the BBC Micro went on to found ARM which now makes the processors that run most phones and tablets).

Now, 35 years later The BBC (with the UK government and other partners) is doing a similar initiative. A "sub-Arduino" control board with a processor has been designed and 1 million of these will be given to year 7 (11-12 year old) kids accross the UK within schools (i.e. ALL of them) to use and play with. Although basically a 4cm x 5cm circuit board it is 18 times faster than its predecessor at running code, 70th its size and 617 times lighter. It has various sensors (accelerometer, magnetometer etc.), 25 LEDS, two buttons, ports and runs off a small battery pack.  It is designed to work with other systems (Arduino, rasberry Pi etc.) and can be programmed in a number of languages (including a simplified interface designed by Microsoft). 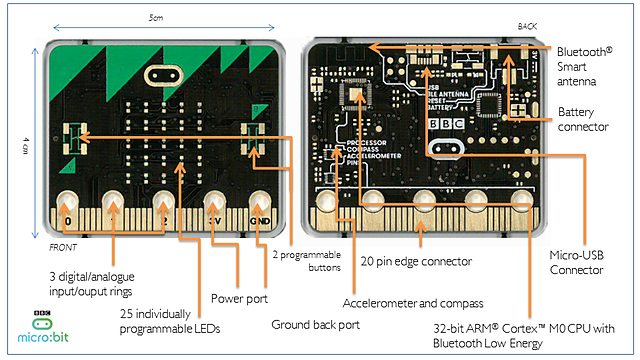 There is a set of web-resources to support his on the BBC site (http://www.bbc.co.uk/makeitdigital) encouraging experimentation and teachers to use this in schools. A gallery of pictures of it can be seen at http://www.engadget.com/gallery/bbc-micro-bit and wikipedia has a page with a full technical description at https://en.wikipedia.org/wiki/Micro_Bit.

Whether this will have the desired revolutionary impact or not remains to be seen, but the initiative does have the potential to further encourage the spread of digital DIY within the UK, which might appeal to the somewhat anarchistic elements of UK culture. The original BBC Micro helped determine my career direction (a mixture of computer and social science), I am sure this initiative may do the same for many young people now.