What is Digital DIY? – part two 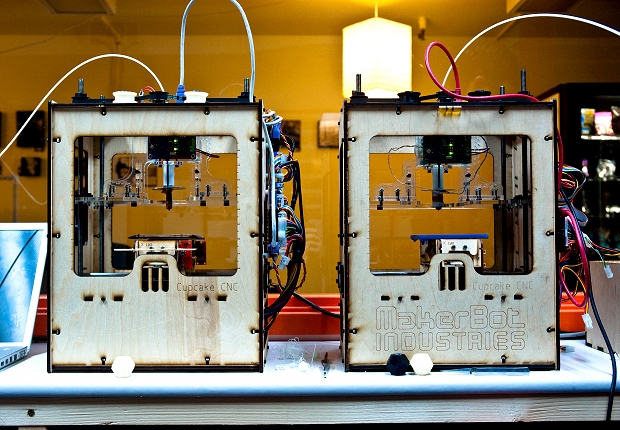 This post continues my personal set of thoughts about the meaning of Digital DIY.

In my first ‘What is Digital DIY?’ post, I mentioned the question about whether the things made in ‘digital DIY’ had to be – to put it most simply – fabricated by machines connected to the internet, or if they could be made by humans connected by the internet. We also considered whether recorded music would count (! – I thought surely yes) and whether you could identify the fruits of digital DIY by means of shoving them off a table and seeing if they broke (! – I thought no, not always).

Now, these debates continue. In fact, our project is strongly committed to the principles of open access and open data, so even our internal discussions about the project are open and can be viewed in the DiDIY forums (you can see all forums or this particular debate). But I will summarise my own latest thoughts here.

Some team members have reminded us that the project was proposed to be based around ‘ABC technologies’, where ‘ABC’ stands for ‘atoms–bits convergence’. Personally I'm not at all keen on acronymns, especially unfamiliar ones which most people don’t recognise – but bear with us.

So ‘atoms–bits convergence’ technologies means those technologies which fuse together the digital world (which exists as data, i.e. ‘bits’) and the physical world (atoms). The most obvious example of such a technology is the 3D printer.

In particular, we should note that the internet-connected machines typically require a lot of help from humans anyway. They don’t sit in their own houses devising and fabricating their own projects. So it’s always a somewhat blurred definition, and there are no projects that a machine initiates and completes single-handedly (as it were).

[OK, so someone somewhere has probably created a sort of artificial intelligence thing– or simply a randomised thing – which devises or selects, and makes, its own 3D-printing projects. But there’s still a human who told it to do that in the first place. And a human who set up all the hardware, and the software, and put it on a table somewhere, and loaded it up with raw plastic, as well as tending to its needs when it crashes, or requires more plastic, or someone has to empty the bin!]

So I think this means we might be heading towards a ‘tighter’ and a ‘wider’ definition, both of which are probably acceptable to all of us, but where the tighter one means you’ve got a device connected to the internet which manufactures things (though I’m not sure yet if that’s actually exactly what they would have in the tighter definition); and a wider definition which is about digital technologies fostering and inspiring making, but where the making can be done by humans, humans with tools, and/or machines.

We’re getting there. And these are interesting conversations.